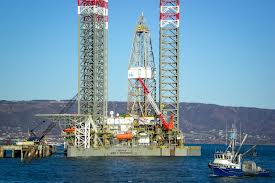 Sydney:  Buccaneer Energy has provided an update on the Endeavour - Spirit of Independence (Endeavour) jack-up rig and Buccaneer's offshore Alaskan projects in the Cook Inlet.

The Endeavour is owned by Kenai Offshore Ventures, LLC (Kenai Offshore), which is a joint venture between Buccaneer, Singapore-based Ezion Holdings Limited and the Alaska Industrial Development and Export Authority (AIDEA). Buccaneer is the designated manager of Kenai Offshore.

As previously advised, since the Endeavour's arrival in Homer in late August 2012, Kenai Offshore has been working with local contractors through the Endeavour's project manager, Archer Drilling, to complete various rig upgrades and repairs ahead of the final vessel inspection and certification. This included rectification of work that had been completed in Keppel Fels shipyard in Singapore.

All work has now been completed and preliminary findings from the final inspections by the American Bureau of Shipping conducted in the last week indicate one minor door replacement and some minor paperwork requirements are outstanding. A formal report from ABS is expected this week to confirm these two small outstanding items, after which the company will then be able to proceed with inspections by the US Coast Guard to receive approvals to operate in US waters.

Drilling operations will commence as soon as all necessary drilling permits have been received and the Alaskan Oil and Gas Conservation Commission has given approval to proceed.

Buccaneer believes that the Cook Inlet basin remains one of the most underdeveloped hydrocarbon basins in North America, and in the coming years the Endeavour will play a key role in realizing that potential.  [17/12/12]