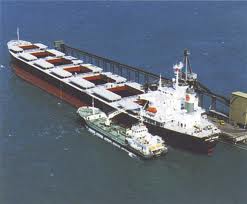 Manila: Moves are afoot for the Philippines to follow Indonesia’s lead and ban mineral ore exports.

The environment secretary has backed a proposal made last month by Senator Paolo Benigno Aquino that would require all minerals to be processed before export. Indonesia has had a similar law in effect since January.

The Philippines has since replaced Indonesia as the largest supplier of nickel ore to China, the world’s biggest user.  [05/09/14]